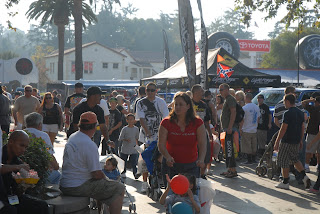 The fall Off Road Expo was a great success. Hundreds if not thousands of people showed up at the show and they weren't just doing the looky-lou stuff, they were opening their wallets and spending money with the several vendors that were there to show off their stuff.
There were goodies galore for all sorts of off road enthusiasts including RC races and booths, BMX stunt riders, and crazy dirtbike demonstrations. There were plenty of big toys to look over as well.

Be sure and put this one on the calendar for next year, you won't be disappointed!