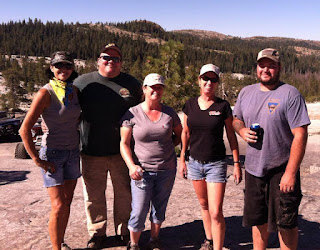 The Wonderful Fall Colors Of The Eastern Sierra Nevada's.

The time is changing, the temps are falling and there is even a different smell in the air these days.  Fall is in the air and the bug to jump in the rig and head out to see some beautiful scenery in the Eastern Sierra Nevada mountain ranges is upon us.  One of my favorite places to go is Hope Valley up Hwy 88 in the California Sierra Nevada range.  Not only is this close by for me but an easy drive and doesn't disappoint through any season. 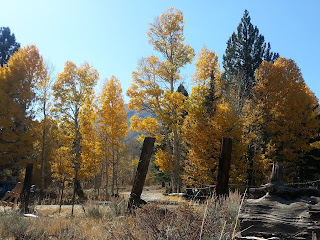 Some of the "quakies" Aspens donning their beautiful color.
There are several pull outs along the valley floor off of 88 for easy access to an afternoon picnic area, hiking and of course taking lots of pictures of this wonderful place and colors.  Be sure and bring along a light sweater or even a coat as it is starting to cool down quickly in the area! 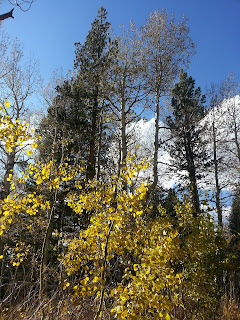 Some of these trees are already done, so catch the color while you can!
﻿
Another favorite place is further down the eastern sierra corridor.  Camping, fishing and sight seeing is a favorite down on the 395 corridor.  Enjoy the fall and enjoy the outside this time of year.  Get out there and make lots of memories with your family and friends and see it while you can. 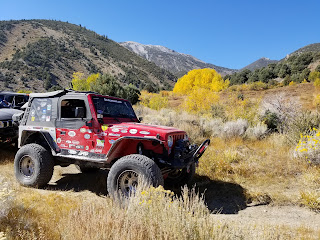 Wheelers For The Wounded of California 2014


I can't say enough about what Wheelers For The Wounded (WFTW) does for our Veterans. By providing a full weekend of camping, great chow and wheeling on the most famous trail, The Rubicon, this program has got a lot going for it and will hopefully spread from state to state.  What is even better is there isn't a charge for the Veterans to come out for the weekend.  Each Veteran is matched up with their host/driver who picks them and sets up their camp for them for the weekend making sure that all of their needs are met.   If you are not familiar with them you can check them out here:  http://wheelersforthewounded.com/ .


We have had the opportunity to join the group every year since it started in 2007 with the original founder Jason Havlik (see website for info on Jason).  What an incredible trip that was!  There were Veterans there from several wars to include WWII, Korea, Vietnam and others.


This year was a special one for me as we were able to take my son on the trip after he finally finished his tours and time with the Army.


The connections that are made during the weekend are memories for a lifetime and in a lot of cases very soothing to the wounded souls that have selflessly served our country.


Every year the chow is outstanding but they out did themselves this year by bringing in a fresh oyster bar, in fact it was so good that the owner of the outfit is planning on being there again in 2015!

It's almost here!  Easter Jeep Safari has got to be one of my favorite events to go to.  The scenery is incredible and the wheelin is even better! 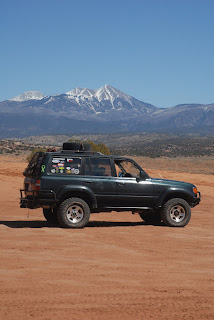 Yeah, I know it's Easter Jeep Safari and my Land Cruiser is a bit out of place but that's okay!
We love the unbeatable trail system with something for everybody from easy day trail riding to pucker yourself up trails that will surely give you a thrill! 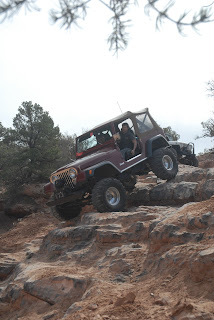 Email ThisBlogThis!Share to TwitterShare to FacebookShare to Pinterest
Jeep Beach 2013!

If you own a Jeep you know what it's like to be a part of the "Jeepin" crowd.  It's fun to go to events together and hang out with fellow enthusiasts and show off your mild to wild rig with pride.

If you get a chance there's an event called "Jeep Beach" and it's coming up soon April 24-28th in Daytona Beach Florida. 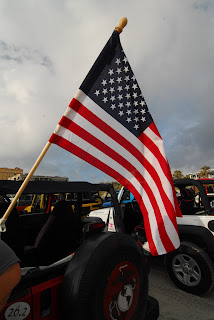 The event kicks off with a 'say hello' party at Hooter's on Wednesday night followed by a show n shine at the local Chrysler Jeep dealership, and a small vendor show at the hotel.

What most people come to see and do is the massive vendor show that is set up in the middle of the Daytona Speedway with an obstacle course for all to play on.

The week ends with a huge Jeep parade on Daytona Beach.  Imagine hundreds of Jeeps of every color, make and model, from stock to highly modified cruising down the beach in a parade! 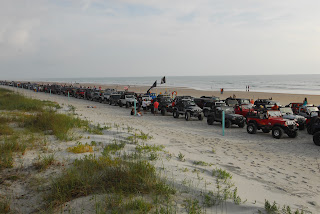 For more information on this year's upcoming event visit their website at www.jeepbeach.com
Hope to see you there!
No comments:

The Land Use Land Cruiser Gets New Shoes!

So far I am happy with the way they handle on the road and ever since I went up to 4:88 gears from Sierra Gear & Axle it really moves down the road just fine.  I think I have found the 'sweet spot' set up.

I can't wait to try her out on some trails! 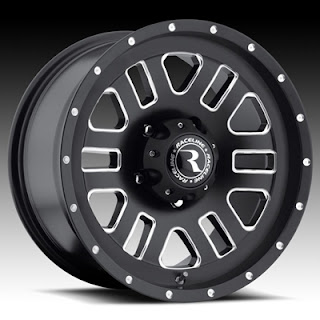 These are called "Clutch"
﻿ 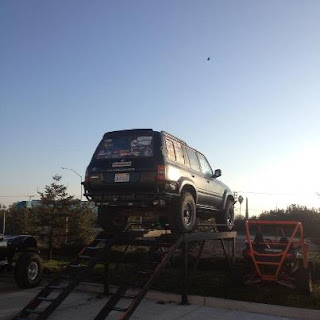 Thanks to our sponsors once again for keeping us out there and on the road to help save our trails and public lands!

Logandale Nevada is full of beautiful red rock country and the perfect place to hold the Hump N Bump event.  This year marked the 32nd year of this awesome event with attendees from all over the country. 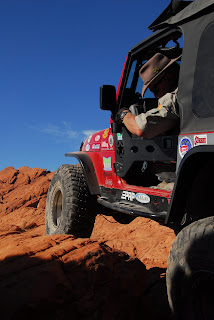 The area is full of anything from mild to wild trails and offers something for everyone.  Both stock rigs and heavily built buggies love to come out to this open riding area and enjoy themselves. 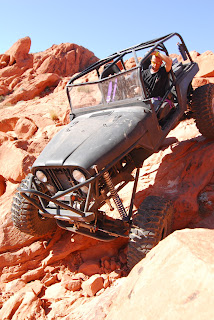 The Hump N Bump is a family fun oriented event that is a once a year as a fundraiser for the club with a large portion of the proceeds from our event supporting our Local and National land use causes. These include the BlueRibbon Coalition (BRC), Nevada based Partners In Conservation, TreadLightly! and the United Four Wheel Drive Association.

The event proceeds are also used to support the facilites at the Logandale Trail System, adapt-a trail cleanups, and user education on a variety of subjects including responsible land use and safe off-road and recovery techniques.

Please join us for a wonderful time while also supporting our land use advocates that help to keep our awesome trails open! For more information about our 2013 event, visit our website at www.vv4w.org
No comments: