BFGoodrich driver Jeff Mello of Rage 4th racing, took a day out of his busy schedule to speak to driver’s education students at Heritage High School in Brentwood California. With 100 rocksports victories under his belt, Jeff’s driving expertise and knowledge helped to keep 105 driver’s education students on the edge of their seats during three one and a half hour presentations in a lesson they will never forget.

Jeff began each presentation introducing the students to the various types of 4x4 competitions that he has been involved in, from rock crawling to rock racing. With video clips from the 2009 King of the Hammers race and various other competitions, Jeff compared and contrasted driving in competition and driving on the street with a firm message that racing has no place outside of competition. A strong emphasis was also placed on driver control and awareness in both competition and in everyday driving.

To make sure the message really sunk in with the students, Jeff also brought three vehicles to have on display at the high school: Jason Scherer’s buggy that helped him win the famous King of the Hammers race in 2009, Travis Carpenter’s MFS “Land-use” KOH buggy, and Jeff’s original competition rig. Students were allowed to examine and sit in the three vehicles as Jeff talked about safety equipment on the competition rigs, and how they differed from normal passenger cars.

Finally the presentation was finished with a talk about responsible OHV use and trail stewardship. Each student was also given an autographed “The Kings of Rock” poster at the end of the presentation.

Jeff is one of the winning-most drivers in the sport with 100 rocksport victories under his belt. With his wife Julie and their two children, the Mello family spends an average of 70 days a year on the dirt recreating with their OHV’s The couple’s commitment to the sport is evident through presentations such as this, and membership in many land-use organizations. Both are 40 year members of the Contra Costa Jeepers.


###
If you would like more information on this topic, or to schedule an interview with Kurt Schneider, e-mail Kurt at kurt@kurtuleas.com
No comments:

Friends of the Eldorado Work Party

Good going F.O.E.! Considering this group is only two years in the making they are doing a great job working along side with the Forest Service. Here's a press release regarding their recent National Public Lands Day work party.

On Saturday September 26th, the Friends of Eldorado National Forest worked alongside the National Forest Service cutting brush along the sides of forest road 9N22Y in the Eldorado National Forest . This road was possibly slated for closure during the route designation project two years ago. Due to work with Duane Nelson, the Placerville district Ranger and the Forest Supervisor back in November 2007, the road was shown to have value to the public. The end of the road has a foot trail down to a spectacular overlook of the Cosumnes River .

Over the years the brush has overgrown the road in many places and prohibited vehicle travel. Thirty two members of the Friends of Eldorado National Forest came from as far as the Bay Area and worked with Mike Villalobos of the Forest Service. Guided by the direction of Ron Hancock and Duane Nelson, they cut, trimmed and removed the brush from the road. Logs and rocks were also removed from the road surface as well as blocking an illegal trail to protect the hillside from further erosion. By the end of the day the 1.9 mile long road was once again open to all vehicles, something that hasn’t been possible for years.

Cathy Bounds of the Forest Service also allowed Friends of Eldorado National Forest access to the Capps Crossing campground which is closed after Labor Day weekend. The close proximity of the campground made it an ideal staging point as well as a place where the organization could hold a BBQ to feed their workers. They also celebrated with a birthday cake as the group turned 2 years old a few days earlier.

If you would like more information on this topic, Please call 925-551-7000 or e-mail Rick at Rick@friendsofeldorado.com
No comments:

No More Wilderness in Utah!

The following was sent to me for distribution regarding SUWA (it's a Wilderness organization)and actions they are taking in Moab and general Utah areas regarding new Wilderness areas. October 1st is the last day to call. Please check out the website for more info and what you can do.

Skies were cloudy and the temps were mild for the fun filled event held at Surplus City in Oroville CA.

The Fall Mud & Crawl at the Urban Assault OHV Combat Zone in Oroville CA was a blast!
The courses are set up for easy spectator viewing of both the mud bog and rock crawl courses that dot the property. 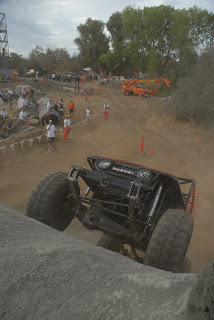 The course and obstacle names are fitting for the atmosphere at this military surplus mecca. Names like Terminator, Mine Field, The Wall of Shame, Army Truck and the Chariot certainly live up to their names as they can impose metal mashing carnage on their victims. 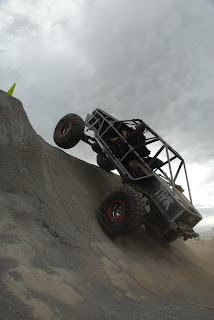 From "camp to comp" is how I would describe the layout of this fabulous facility that can easily accomodate RV's, trailers, fifth wheels and tent campers.

The Feather river is very near by and we were treated with an extra special show of salmon sailing out of the water while watching the color filled sunset in the background. 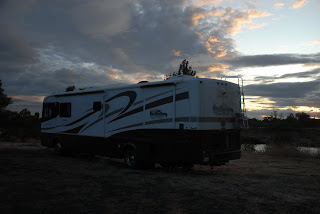 Put the Spring Mud & Crawl on your calendar and be sure to check out all the events and facilities at Surplus City.
1 comment: